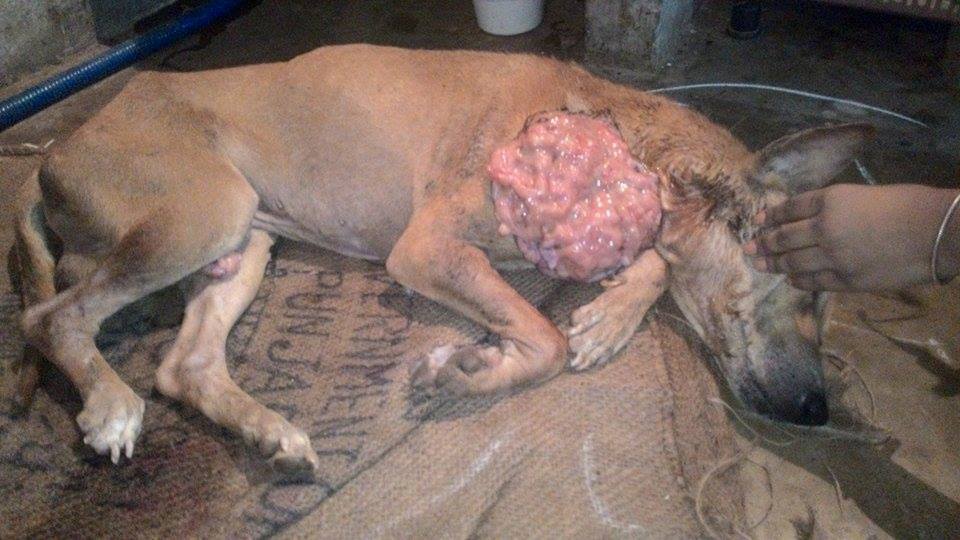 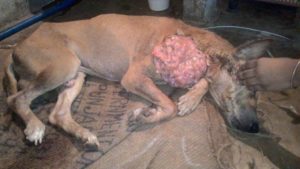 Pluto was brought to us by his caregiver Durba in a horrible condition.He had a huge tumor on his neck region spreading rapidly to other parts of his body including his genitals too.The veterinary doctors his caregiver previously consulted wanted to put him down but she wanted Pluto to get a second chance so he was brought to us. 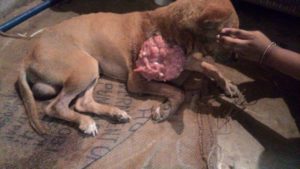 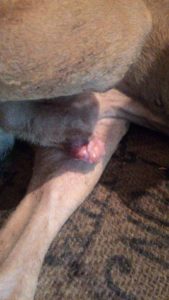 Our doctor examined him and prescribed some blood work.In the mean time Pluto’s suffering and pain cannot be described in words.He was unable to eat or move and was almost a bag of bones.Drips and injections stared to pacify him.The blood reports came and were not at all positive.His cancer was spreading rapidly and his hb was very low.

Pluto had tremendous will power to live and only because of his positive spirit he was still fighting for life in spite of such worst internal conditions so our doctors also wanted to take the risk and perform the surgery.The date of operation was fixed and after taking all safety precautions OT started.It was a very critical and time taking one but finally our doctors were able to remove the huge mass from his body.The next 72 hours were really critical,he regained consciousness but was not stable with very low pulse rate and subnormal body temperature.Required medication were given and we silently hoped for a MIRACLE. 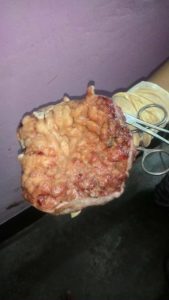 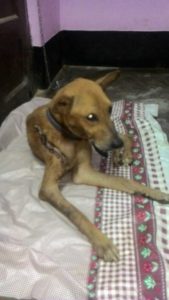 And it finally happened,from the fifth day he started showing signs of improvement.His body temperature increased and he slowly resumed eating.After a week he could stand and take a few steps in the mean time his appetite increased.Blood reports were again done and this time his hemoglobin increased slightly but cancer cells were still present.Doctors advised chemotherapy once he was stable.After almost three weeks of operation,regular drips injections and dressing he was much active and his surgical wound was healing as well.His chemotherapy began and again his will-power and positivity won.He started recovering from cancer. 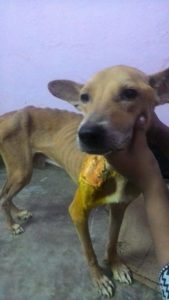 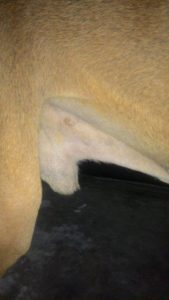 After almost four moths of rigorous treatment Pluto finally recovered.He gained weight and his surgery wound was completely dry as well,his hemoglobin level was normal too.He was absolutely alright and ready to return back to his home.

Every dog deserves a second chance like Pluto,they are full of life and positive spirits and gives a tough fight to all the evils around.Pluto’s story was no less than a miracle and it was all possible because of his desire to live along with the adeptness of our doctors and all the love that was showered on him. 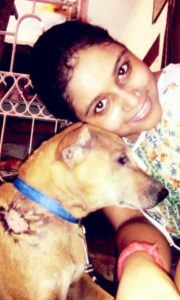 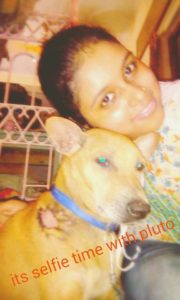 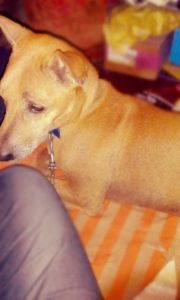 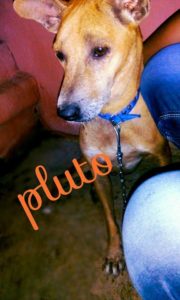